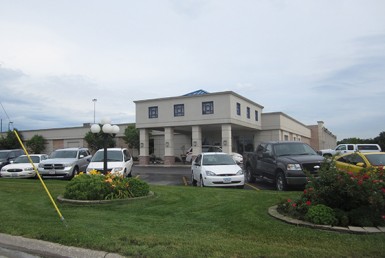 $2,000,000 bridge loan secured by a first deed of trust on a 107-key hotel known as Best Western Crossroads of the Bluffs in Council Bluffs, IA. Best Western Crossroads is a two-story hotel consisting of 52,992 square-feet on 6.05 acres. Originally built in 1973, the hotel was substantially renovated in 2000 and updated again in 2011-2012. The hotel facility has 4,000 square feet of meeting space, expanded lobby with four large flat-screen televisions, a breakfast area, exercise room, outdoor patio, vending machines, and an indoor pool and whirlpool. Edgewood’s loan was used to refinance existing debt coming due and repay past due taxes on the property. Edgewood’s loan was paid back in full in March of 2017.