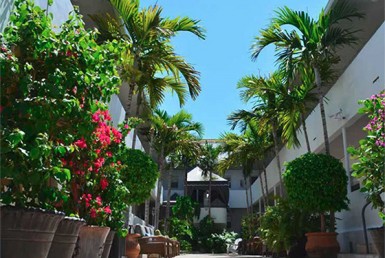 $10,000,000 bridge loan secured by a first mortgage on a 45-key hotel located in the South Beach section of Miami Beach, Florida. The hotel was built in 1948 and is a two-story, U-shaped, 15,557 square foot hotel that is currently operated as an “aparthotel” with 30 hotel units and 15 apartment units. Edgewood’s loan proceeds were used to pay off the existing debt on the property and cover closing costs. Additionally, Edgewood’s loan provided borrower with flexibility to operate the hotel while seeking approval to expand to 70-keys total by demolishing part of the hotel and construct a new five-story 19,000 square-foot wing. Edgewood’s loan was paid back in full in April of 2015.