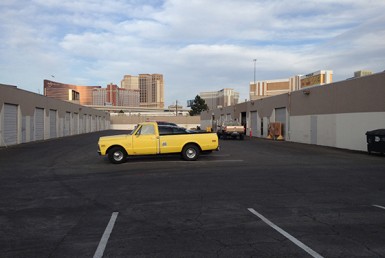 $6,700,000 bridge loan secured by a first mortgage on nine buildings within Plaza Vegas Business Park as well as a pledge of 50% partnership interest on six additional buildings. Plaza Vegas is a 360,000 square-foot mixed-use commercial complex, in Las Vegas, Nevada, consisting of office, self-storage, retail, and flex space. Edgewood’s loan proceeds were used to pay off existing debt coming due on the property. The borrower obtained a change in zoning in 2007, allowing for high-density residential, lodging and gaming. Prior to reaching out to Edgewood, the borrower was in talks of seedling the property to a local developer. These talks fell apart shortly after the market crash in 2008. Although the existing improvements support the proposed loan, the change in zoning significantly increases the value of the property. Edgewood’s loan was paid off in September of 2013.